Peter Schneider, director of Fraunhofer’s Engineering of Adaptive Systems Division, sat down with Semiconductor Engineering to talk about future challenges in complexity, time to market and reliability issues, advanced packaging architectures, and the impact of billions of connected devices. What follows are excerpts of that discussion.

SE: What is the biggest challenge you see in the semiconductor industry?

Schneider: Complexity. You have complexity in the system, 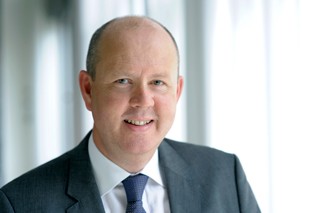 in the structure, in the function, in the value chain, and in customer supplier relations. Supporting people to design systems, to make them, to bring them to market more quickly, is the most important problem we’re dealing with right now.

SE: And not everything is moving at the same pace. That causes it’s own set of issues, right?

Schneider: Yes. When we’re talking to German authorities about research projects, on one side we have all of these amazing things such as IoT and blockchains. And then we have all of these regulations and slow-moving decision processes. It takes a long time to get decisions in a fast-moving market.

SE: There’s a push to speed up time-to-market everywhere. But at the same time we’re seeing increased pressure to improve reliability and security in devices, while also customizing them. Is that possible?

Schneider: We’ve certainly seen this with Industry 4.0. Everybody’s talking about shorter time-to-market and customized products. But if you have individual products with specific features and safety regulations, the pieces don’t fit together. You have to do safety testing and you have to get certifications. You need a sort of generic safety certification for individual products.

SE: How do you allocate resources internally when different parts are moving at different speeds?

Schneider: Our strength in the Institute is interdisciplinary work. It’s a mixture of different disciplines and qualifications, and that’s the way we try to adapt to the market, too. But it’s very difficult.

SE: Are you seeing more devices starting to incorporate the level of reliability you would apply to functional safety?

Schneider: Not everywhere. That level of reliability is not yet present in the smartphone or tablet market. But these devices are rapidly getting involved in the human-machine interface. If you start to control the machines with a smartphone or tablet, that will involve functional safety. So if you look at the new robotic cars with much larger flat screens, if you have air conditioning or a radio being controlled by these devices, that’s no problem. But if you adapt your steering or suspension system, it might become a safety issue if you can’t change it. You you might be in an off-road mode, and if you have to speed up then you can’t do it. So you have to incorporate the behavior of consumer electronics into the control system of the cars. You might have to block some driving modes, for example. Sometimes you focus on functional safety, and security and reliability come afterward. At first things are done to get them working, and then you have an issue that needs to be resolved.

SE: The business fundamentals are beginning to shift, too. The phrase we hear repeatedly is ‘mass customization,’ because you can’t develop one chip anymore and expect to sell billions of units. How are you approaching this?

Schneider: We’re trying to build multi-block systems. These are based on platforms that make these systems easier to build, using multiple blocks that are proven and which can be put together on multiple levels. That starts with the SSD in the middle, over the first level of a package, and over additional components like sensors. This could be one approach, and these platforms obviously could include safety and security, as well.

SE: This is more than just chiplets, right? It’s a system-level platform.

Schneider: Yes, it’s integration at higher levels. You can configure at the chip level, you can have things at the package level, and you can put this on a PCB or an interposer with additional building blocks and do the customization at all these different levels.

SE: Does this use hard IP? Full chips?

Schneider: In the first step it’s hard IP, but you can add in different things. It goes along with our intelligent IP approach.

SE: What’s the interconnect for all of that?

Schneider: We use standard communications interfaces because it has to be connected to the environment it’s running in. So if you build a single sensor device with a very specific function and form factor, it has to communicate with higher levels, whether that’s the edge or the cloud.

SE: What does Fraunhofer develop for all of this?

Schneider: We build hard and soft IPs. We also build systems at the package level. So we help customers in their areas provide the right systems integration.

SE: For all configurations?

Schneider: It’s whatever the customer wants. We’ve had methods and experience to build real 3D systems for 20 years. We had a research project in the beginning where TSVs came up, and we had a close collaboration with technology companies that were trying to do deep-trench etching and filling. That was complemented by design methods using multi-physics simulations developing tool extensions and workaround to handle 3D data in the system.

SE: So let’s roll back here a bit. Is there a base platform that works with a lot of different solutions?

Schneider: We start at a point where we have a lot of background. So if you look at sensors, for example, we’ve made a universal sensor platform. We don’t start with power modules. We use data acquisition of signal processing, and then do feature extraction or algorithms you can integrate into an intelligent sensor system. The main goal is to enable multiple sensor systems, so you can do sensor data fusion and send that data to the IoT system. The key factor is to separate the problem into basic functional blocks, so you have sensing, a control system, distributed algorithms, and then you have actuators with power devices for influencing the entire process.

SE: So the starting point wasn’t shrinking features down to 7nm. It was the common thread, right?

SE: That’s a different approach than most companies have taken.

Schneider: It’s a customer-centric approach. When we talk to customers about the new technologies and good ideas, they are very curious about what they can do, and then the question what are the benefits, the liabilities and costs. Small and medium-sized companies are very conservative because they don’t have the resources to try a lot of things. That’s why it’s hard to get companies to move to 3D integration.

SE: So you’ve got some advanced research, but some of your customers aren’t necessarily the ones that are at the leading edge. How do those worlds mesh?

Schneider: A lot of this is what we gain from collaboration with big companies. We collaborate on problems such as thermal, electrical interactions, verification, system-level simulation, semiconductor reliability. We solve these problems and we have good success with big companies, and then we try to translate it for small- to medium-sized enterprises. ‘If you do this, then you shouldn’t do this.’ It’s a benefit for everyone. If you’re a consultant for a small company, they might be selling a high-end device to a semiconductor company, and a large semiconductor company might have concerns for niche application markets.

SE: How does security fit in here. It’s becoming a bigger problem as more devices are connected.

Schneider: From our perspective, it’s absolutely necessary. It has to be an integral part of IoT devices. There is another Fraunhofer Institute in Munich that deals with these issues. We have a very close relationship with them. On the level of physically unclonable functions, we have trust anchors. We have secure drivers on different levels. And you need a secure infrastructure to deal with all of these things. If you use IoT platforms for device management, you need to do it in a secure way. And if you have self-configuring IoT systems and you add 10,000 nodes into the environment, you have to deal with all of the possible interactions.

SE: What other challenges do you see on the horizon?

Schneider: Lifetime management in connected systems. You have a lot of nodes, you bring those to a new environment, and you have to reconfigure them. So you have an application connected to other systems you have, and you cannot affect the entire system. The application has to work within the digital infrastructure that is there.

Schneider: Yes, that’s one concern, but it’s generally not disrupting what you have. But with billions of devices, how are you going to configure all of them? If you try to get into your WiFi router today, you get into trouble if you don’t have the right password for one device. Now imagine billions of these devices. I’m sure we will overcome these problems, but this time it will likely take longer than expected.